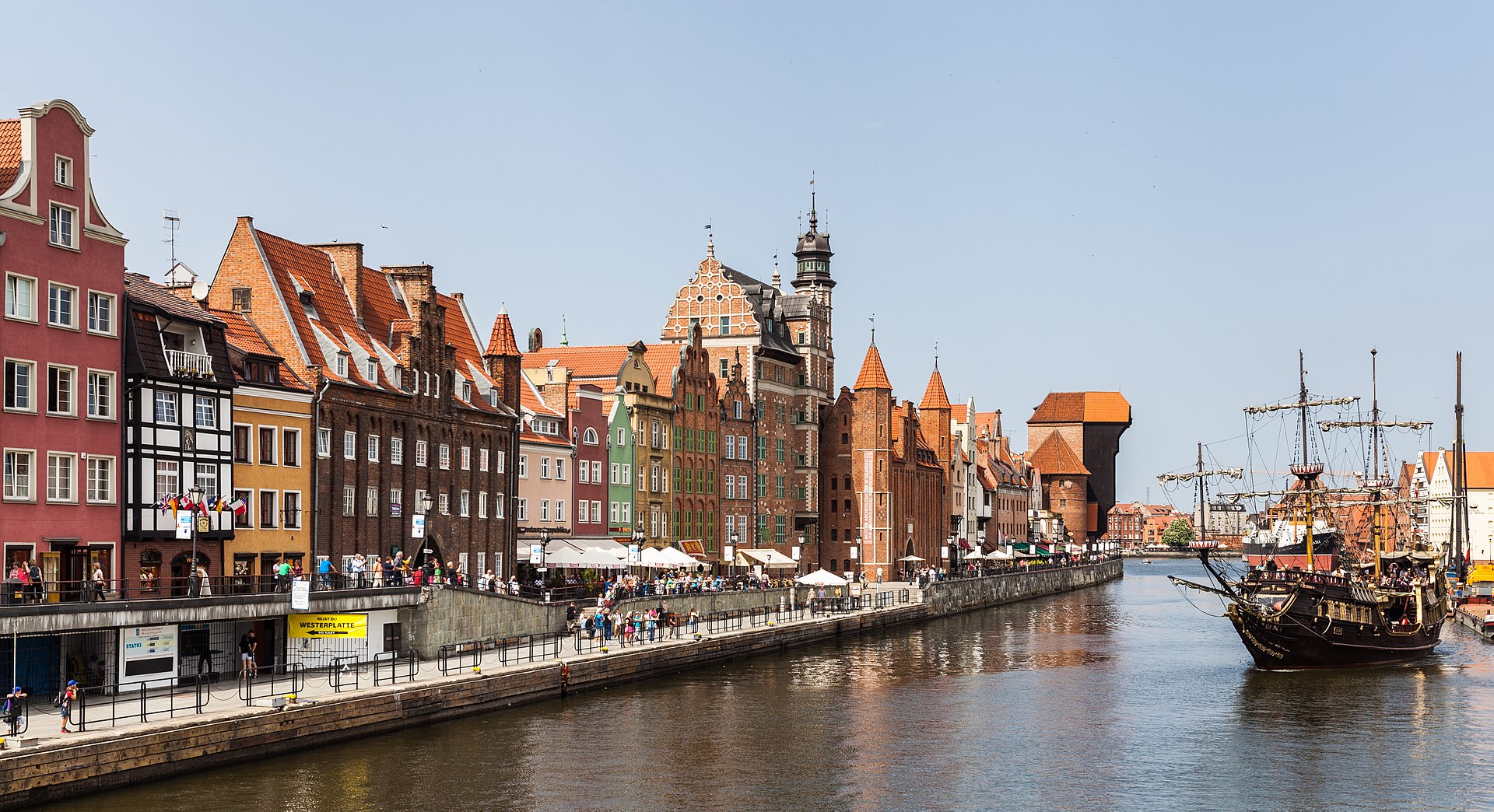 Gdańsk is a Polish city on the Baltic coast. It is the capital of the Pomeranian Voivodeship, Poland’s principal seaport and the centre of the country’s fourth-largest metropolitan area.

The city lies on the southern edge of Gdańsk Bay (of the Baltic Sea), in a conurbation with the city of Gdynia, spa town of Sopot, and suburban communities, which together form a metropolitan area called the Tricity (Trójmiasto), with a population approaching 1.4 million. Gdańsk itself has a population of 460,427 (December 2012), making it the largest city in the Pomerania region of Northern Poland.

Gdańsk is the capital of Gdańsk Pomerania and the largest city of Kashubia. With its origins as a Polish stronghold erected in the 980s by Mieszko I of Poland, the city’s history is complex, with periods of Polish rule, periods of Prussian or German rule, and periods of autonomy or self-rule as a “free city”. In the early-modern age Gdańsk was a royal city of Poland. It was considered the wealthiest and the largest city of Poland, prior to the 18th century rapid growth of Warsaw. Between the world wars, the Free City of Danzig was in a customs union with Poland and was located between German East Prussia and the so-called Polish Corridor.

Gdańsk is home to the University of Gdańsk, Gdańsk University of Technology, the National Museum, the Gdańsk Shakespeare Theatre, the Museum of the Second World War, Polish Baltic Philharmonic and the European Solidarity Centre. The city also hosts St. Dominic’s Fair, which dates back to 1260, and is regarded as one of the biggest trade and cultural events in Europe.

Some photos from our amazing city:

Scroll back to top